“In the past, he was non-verbal but very active. He would jump and clap, making loud noises repetitively. He is no longer doing that now. He also showed many signs of being ‘awakened' - following instructions in 2 weeks after Sleep Therapy, reading aloud a storybook in 2 months, and speaking in 3 months after embarking on Accelerated Learning Programme.” ~ Mdm Tiew
4yo Boy L (Malaysia, Klang)

Medical Condition: Autism, Dietary Limitation, Sensory Issues, Speech Delay.
Diagnosed with Autism. Had his own language. In the world of his own. Tiptoe. Poor eating habits. Sensitive to touch. Frequent twitching and itches. Repetitive spinning gesture.

At a glance, his mother shares the improvement over 2 weeks of using koo energy Healing Mat:

1. Can eat vegetables.
2. Can eat sweets now.
3. Awakened.
4. Can follow instructions.
5. Spinning frequency has reduced.
6. Can listen to instructions.
7. Better control of emotions.
8. Sense of touch is more natural now.
9. More frequent interaction with others.

Click here for the interview after 2 weeks. Read full transcript of interview below.

28.9.19
After 6 months of Sleep Therapy and 5 months of Accelerated Learning Programme
Mother shares great progress of her son in all aspects of his life (10-minute interview)

5.4.19
Mother shares over WhatsApp how her boy has ‘awakened’
First Time Drinking Vitagen
Eating Broccoli with Rice
Eating On His Own
Using Google Translate on  the Mother’s Handphone
Disposing Used Diaper
​​
13.4.19
Mother shares 2-week progress of her son (9-minute interview) 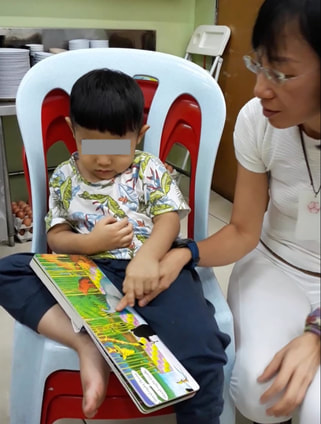 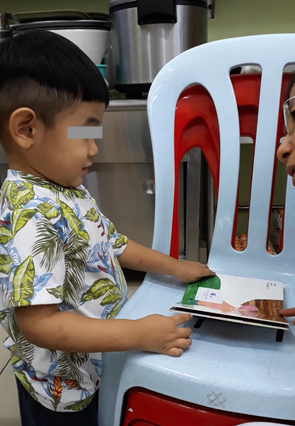 28.4.19
After 1 month of Sleep Therapy ready for Accelerated Learning Programme
First Read-Aloud with ALP Storybook - Very Responsive and Interactive
Can be engaged in Read-Aloud of ALP Storybook

After 1 month of ALP

Sense of Danger
Has his own thinking
Aware of His Toilet Needs
Likes to flip the pages of ALP Storybook, while listening to ALP Read-Aloud. 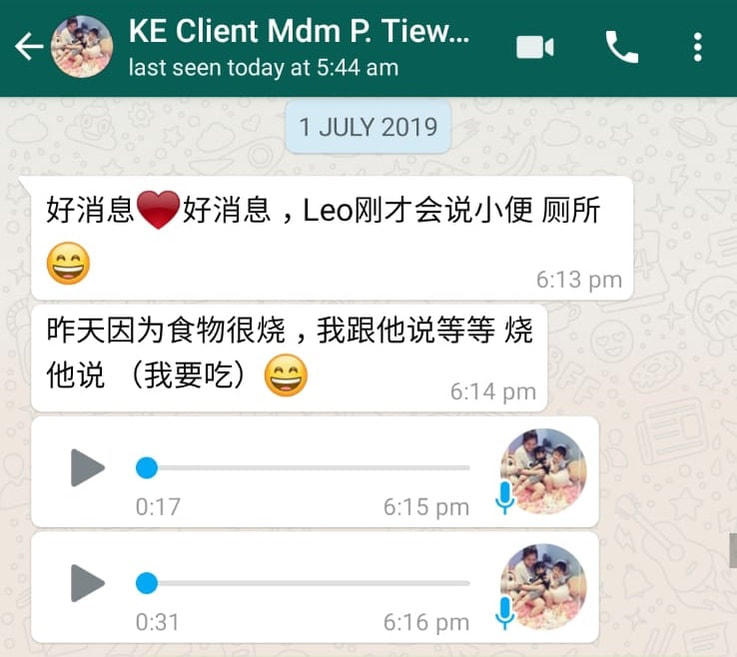 After 2 months of ALP

1.7.19 Boy speaks his first sentence
Happiness of a mother when her son finally speaks
Boy saying "I want to eat" at Steamboat dinner

"Yesterday, as the food was very hot, I told him, " Wait, the food is hot." And Little Boy blurted out,"I want to eat."​

After 5 months of ALP

Medical History: ADHD. Easily distracted in class. Hence disruptive and often gets teacher's attention. Pronunciation is not cleared that often leads to misunderstanding.

Started Sleep Therapy since 30.3.19. 6yo boy has been sleeping next to his 4yo brother with Autism (Primary User).

Within 2 months, the mother was surprised to see much improvement in her older boy.

Click here to hear the mother sharing her joy at seeing his behaviour has improved and also the positive feedback from the school teacher regarding his progress at learning.

Started Sleep Therapy on 30.3.19. Primary User is his older 4yo brother. Baby uses the Healing Mat in the day.

2.7.19
Over the past 3 months, the mother could see much detox reactions for the baby. His motor skills has picked up speed too.

Click here to hear the sharing of the mother over the progress lately.
Click here to see how happy this 8mo baby at learning.

Started Sleep Therapy on 30.3.19. Primary User is his 4 yo son. Sleeping in the same room. Occasional use of koo energy Sandwich in the day.
​
Click here to hear her own experience in detoxification reactions.

After using the Healing Mat, he would eat the vegetables on his own, even if they are very big pieces.

In order to give him more nutrition with vegetables, I used to spend 20 minutes a day just to chop up the vegetables into smaller pieces. Yet his faeces were greeny like vegetables colour and so hard even with so much vegetables. After google search, I found out that the problem was due to the fact that he had not chewed at all.

Nowadays, he can eat big chunks of vegetables. His faeces are now soft and brownish. That means he could chew and the food he has eaten are properly digested.

I observed that he has showed many signs of being 'awakened'. On the things that he eats - he has never eaten a sweet before since he was born till now at 4 years old. First time eating a sweet happened after sleeping on the Healing Mat for a week. When we gave him a sweet, he put it into his mouth. Previously, he would only hold the sweet and play with it until it sometimes melted.

My English is not very good so whenever I encounter any new word, I would google translate to check the word to  learn the pronunciation. Previously when he saw me doing it and there was a sound coming out from the phone, at most he would just turn his head to look over. He would not bother with me nor the phone.

After 1 week of sleeping on the Healing Mat, he took my handphone and followed the word in the book, pressed letter by letter, and then pressed for the word to be pronounced. He would even press delete before he continued with the next word. He could follow instructions now.

In the past, he was very active. He would jump and clap and made some loud sound repetitively. He will still do that but the frequency has reduced.

He can listen to instructions now. When we take the cane, he will be scared, knowing that is a cane. It is much easier to manage his mood now. In the past, when he came back from school and he was hungry, he would throw very serious tantrums. These days, the frequency of flare-ups has reduced, not so regularly now. It is much easier to take care of him.

Most importantly, his eating habits have changed a lot. In the past, I used to worry a lot on his diet every morning. His eating had been very dull - only chicken rice, no bee hoon or any noodle. Now he eats bee hoon and noodle. In the past, when he did not want to eat in the past, he would close his mouth and turned away. Even if we grabbed him and forced it into his mouth to let him try the taste, he would vomit it out immediately. After sleeping on the Healing Mat, his eating habits have improved a lot.

On sleeping, I have not seen any changes yet. Usually his school starts at 9.30am. I will wake him up at 8.30am. He will lie in bed for a while. Sometimes when I am in a rush, I will just carry him down. If he fusses, I will give him his favourite bun. This will quieten him right away. He loves to eat bun.”

He does not have spinning action anymore.

On walking, he does not tiptoe any more. In the past, it was very common for him to tiptoe.

In the past, when he stepped on the grass he would feel very stimulated and tiptoed. Now when he steps on the grass, he walks like an adult - big toe raises while the rest of the foot lies on the ground. More natural. Previously, he would scream nonstop and avoid the grass by running away to the pavement next to the grass. When I pull a leaf to pass it to him, he can stand on the grass and observe the leaf. Not so sensitive now, even when he stands on the grass, he is quiet. His attention can be distracted now. In the past, it was impossible to distract him. He loves the handphone the most. Even if you passed him the handphone to distract him, it would not work. Now he does not need the phone anymore.

28.4.19
At the invitation of the four-year-old boy and mother, we just conducted an autism seminar in Klang. We also visited the four-year-old boy and went through a read-aloud session with him.
​
The little boy is already interacting with me. He would pull my index finger and point to different animals, as I read aloud. When I make the sound of each animal, he will smile at me with excitement. He even laughed aloud when his favourite animal - Gorilla was read out.

He also knows how to tap "Brown Bear" audio recording which I had sent to his mother's mobile phone. As my read-aloud was played, he was able to follow the rhythm and flip the book page by page. The little boy can also pronounce "Brown Bear", "Red Bird", "Frog" from time to time.

28.9.19
After 6 months of Sleep Therapy and 5 months of Accelerated Learning Programme
Mother shares great progress of her son in all aspects of his life (10-minute interview)

Interview Transcript:
​
"Now, he enjoys fun learning apps - even 'purposely' make mistakes in order to hear the 'tei' sound.
He will read with Mummy, learning English and Mandarin.
He is toilet-trained now and can handle his own daily needs.
He is behaving better now that he knows what is right and wrong.
He loves to avocado now, can eat the whole fruit. He used to dislike fruits.
He knows how to put on his clothes now. Previously he could not do such things.
He can say wash hair during this bath.
He can accept songs. Not so sensitive to sound. He used to dislike 'baby shark' and wanted to turn it off. Now he can sing 'baby shark'.
A lot of improvement. In the past, I could not seem to teach him. Now he can count the Spirulina tablets.
A lot of changes. He can mingle with peers, playing more with other children now - even sharing his toys. In the past, even if it was very noisy, he would not bother.
He can accept people around now, even strangers.
Now he enjoys doing homework. In the past, it was impossible to get him to any homework.
Now, he allows me to change colour. In the past, cannot mix colour - all red."
Home | 主页 | Children | Adults | Products | Test Reports | Testimonials | Events | Contact Us | Disclaimer                  © koo energy. All Rights Reserved.